Cinux: Gnome will be discontinued

Posted by aaaaaaaaaa at 6:57 AM Categories: cinux, future, next release 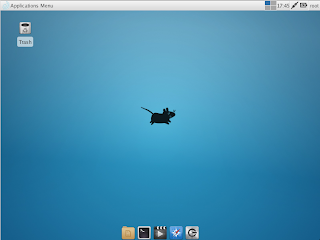 Cinux has already marked its second year of constant development. Throughout these two years, for the first half year of its existence, it had no graphical environment but then things changed and for one and a half year now it has always "shipped" with Gnome 2.30.2 and later on CGI (Cinux Graphical Interface), a fork of Gnome 2.30.2. As I and my team are working on the next release, Cinux 1.8 "Dusa," I will be discontinuing support for not only Gnome 2.30.2 but also for Gnome 3. Even though the Beta build 0.1.8.398 of Cinux 1.8 is still equipped with CGI, the official stable release of Cinux 1.8 will feature Xfce 4.10 instead, wiping out any trace of CGI's existence from the system. The reason for this is, firstly, to update the old, rusty and, pretty much, heavy graphical interface bringing a new but at the same time a well known user experience and, secondly, to take a new step towards the goal of Cinux: A fast, lightweight and secure Linux based operating system. 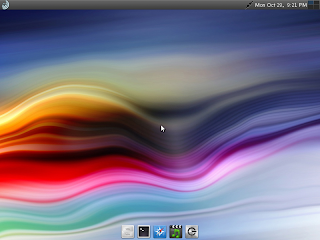 Also, it's not only Gnome 2.30.2 that will be discontinued but also other libraries and the executables of the Mono framework. The base framework in order to make it compile and work already exists, so its existence will be replaced by a package, since it only eats up space on the ISO making it a whole lot larger. The official discontinuation of other packages are also on the table and if they pass, the ISO will be brought down to 750MB again. 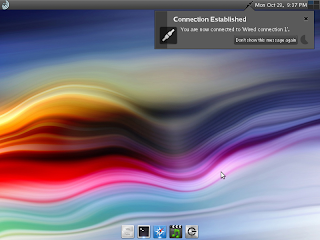 What will the new Cinux provide it's users? Well, not anything different than before. The only difference will be that the environment will be a little bit more tweaked, improving the overall user experience. However, there are a few more changes that are being discussed. The first one refers to the partial discontinuation of the live-CD's desktop: The live CDs of Cinux up to version 1.7 Pandora booted the operating system into the desktop - This is what will change, How? The OS will, instead, boot into a graphical environment that will only contain an interactive installer with which the user will install Cinux on their hard drive and then reboot into the installed system. Another change regards the log in system. Up to now Cinux, even on the installed system, logged into the root account automatically.This, if any modifications succeed, will be replaced by the SLiM log in manager for the installed system, maintaining the root usage of the live-CD for obvious reasons. However, the biggest change, probably, is NetworkManager and the nm-applet on the users' desktop, making it a heck of a lot easier to connect to the internet even if it is a wireless connection!
In order to incorporate all these changes it will take time, maybe a little more than expected. So, the Beta version of Cinux 1.8 "Dusa" with CGI 1.8 will be uploaded shortly and released so people can download and play with.